The new ÖKK headquarters in Landquart (CH) was built to the highest design and technology standards. Common Smartcard member Kontroll-Systeme AG succeeded in integrating a cashless payment solution with 4000 series reader modules from LEGIC into a system with access control and time recording based on a MIFARE© card population. 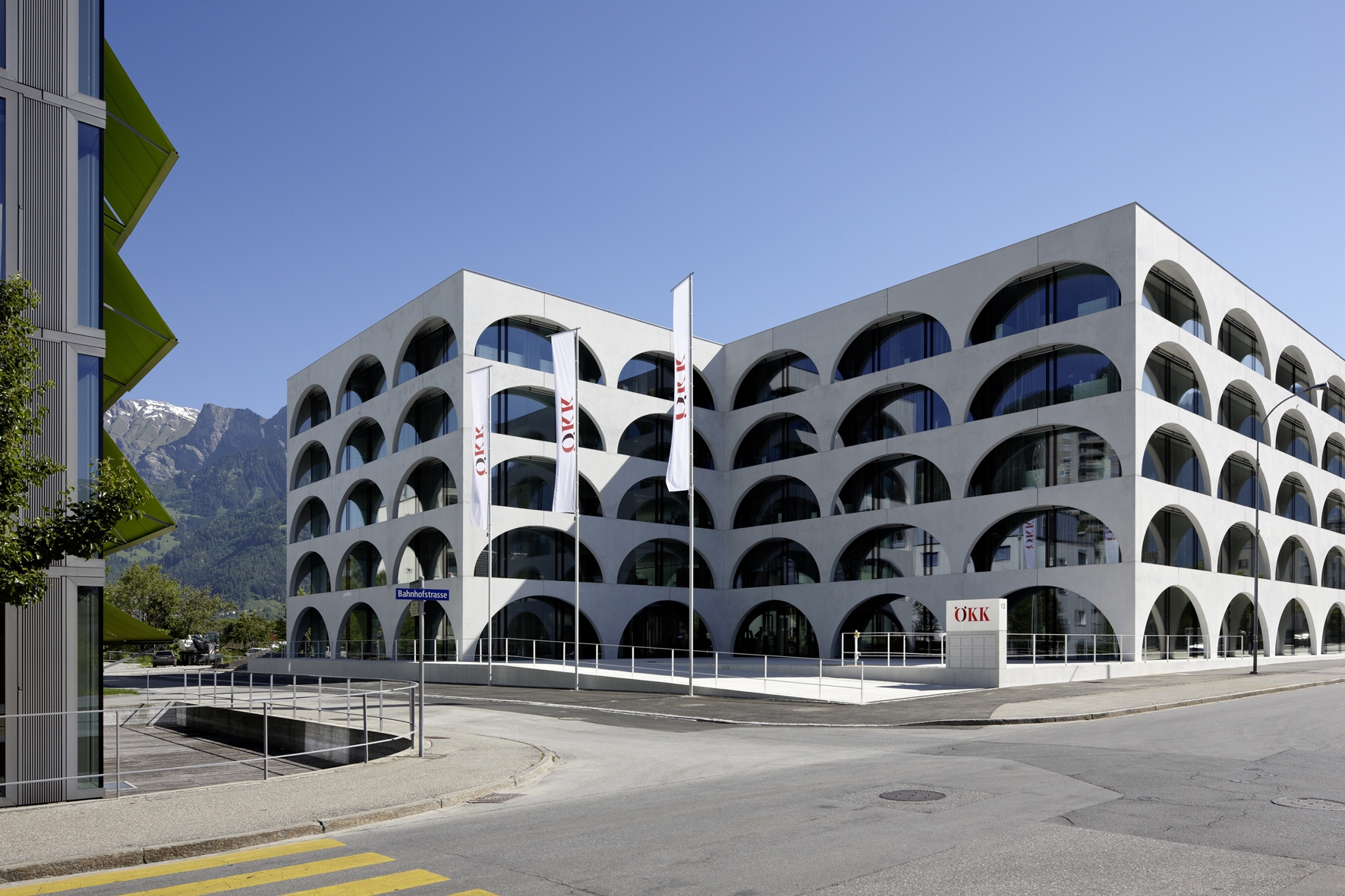 The new ÖKK headquarters was to become a landmark for the insurance company – so architecture and design had a high priority. Accordingly, the readers and terminals for contactless personal identification also had to meet this standard, including state-of-the-art technology and a high level of convenience. Kontroll-Systeme AG was commissioned to develop a solution for cashless payment in a system with access control and time recording. The basic conditions: a MIFARE DESFire© card population, 4000 series reader modules, many involved parties and only 3 months time from the first project meeting to commissioning. The solution: SM-4200 based readers with MIFARE interoperability and the know-how of Kontroll Systeme to realise a uniform data structure (openCashfile) for MIFARE DESFire©.

Originally, Oliver Storz, employee Sales & Projects RFID at Kontroll-Systeme AG, assumed that the contactless personal identification at the new ÖKK headquarters would be a pure solution with LEGIC© technology components. He was all the more surprised when he learned that an access system based on MIFARE DESFire© had been selected. “We had to change our planning at relatively short notice because other components in the system now also had to be based on MIFARE DESFire© – for example, the charging stations for cashless payment and the readers for the cash registers and coffee machines,” says Storz. Accordingly, all other suppliers had to align their products with the access system.

For the reader modules for access control and time recording, however, the choice fell immediately on the SM-4200. Only recently, LEGIC© had integrated all cryptographic functions of the common MIFARE© transponder types into the 4000 series with the OS-4000 V2.0, thus also those of the MIFARE DESFire©. Storz explains this decision as follows: “It was a great opportunity for us, because on the one hand we were working intensively to realise a uniform data structure on MIFARE DESFire© and at the same time we were in the process of developing an RFID module based on the LEGIC 4000 series – despite time pressure we accepted the challenge and integrated both elements into one system”.

Finally, Control Systems managed to complete the reader software on time and to determine the necessary details for encoding the data carriers. Storz is visibly proud of this success: “Under time pressure, we succeeded in integrating a final and absolutely reliable hardware and software solution into the customer’s system. Last but not least, we owe it to the attractive design and the flexible applicability of the LEGIC© SM-4200 reader module that this project could succeed at all”.

Advantages for the user

Flexibility: The interoperability of the 4000 series allows a system with a MIFARE© card population
Independence: The end user has sovereignty over his own system thanks to Master- Token System-Control
Multi-application: Access control, time recording and cashless payment could be integrated into one system.